“Life gives us brief moments with one another, but sometimes in those moments we get memories that last a lifetime.” 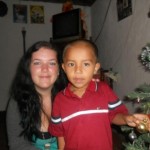 If someone had asked me six months ago to list the most significant moments in my life, my answers would probably not have differed much from what you would expect from the average eighteen year old. Prior to this trip, my life’s defining moments included getting my driver’s license, graduating from high school, and going to prom. I would never have imagined that one day I would get the opportunity to go on a trip as eye-opening and life-changing as the Nicaragua Study Trip.

The trip itself had three general focuses; gender issues, the environment, and social justice. Additionally, each student was told to choose one specific topic that they would like to learn more about while in Nicaragua. Because of my own Native Canadian ancestry, I chose to focus on the indigenous population of Nicaragua, and the struggles that they face, both historically and currently. While researching this topic before 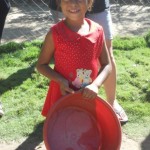 My decision to take part in this trip was a last-minute one compared to the other students involved; I signed up only four months before we were scheduled to leave. Those four months were a whirlwind of fundraisers, Spanish workshops, and lessons on the history of Nicaragua. You would think with all that preparation that we would know exactly what to expect when we left for the trip, but we had no clue.

The trip itself seemed to come very fast. It seemed like one day I was putting my name down on the sign-up sheet, and the next I was stepping onto a plane. I don’t think my nerves really set in until we were on our connecting flight from Miami to Managua. I really had no idea what to expect when we landed. Would people be staring at us everywhere we went? What would the houses be like?

The first night at the Casa Canadiense wasn’t too much of a culture shock for me; it felt just like summer camp. We were sleeping in bunk beds in a house with running water and electricity. Even the language barrier wasn’t that much of a problem that first night. Looking back now, it was a nice transition between the lives we were used to, and the lives we would soon experience in the village.

If I had to pinpoint the exact moment that the culture shock began to set in, it would have to be on the second day, during a bathroom break on our drive from Managua to Los Jobitos. I was told before we left Canada that we would be using outhouses to go to the washroom, but I don’t think I really understood what that meant until I saw what they looked like. Their bathrooms comprised of a stone hole in the group in a small shack filled with spiders and cockroaches. I couldn’t wrap my head around the fact that the Nicaraguans had to use these every day.

Once we got to the village, and we met the amazing people of Los Jobitos, my nerves went away completely. I have never in my life been welcomed as graciously as I was on that first day in the village. The second we got out of the van, we were surrounded by people with the happiest smiles on their faces, as their offered to help us with our bags and gave each of us a hug. I could tell right away that I had been fretting for no reason. The welcoming ceremony was beautiful; the locals danced and sang for us, and we got our first look at the amazing Nicaraguan culture. Even meeting my host family wasn’t as nerve-wracking as I expected it would be. I was sure that the language barrier would be a problem, but we seemed to be able to communicate just fine with my limited vocabulary and body language. 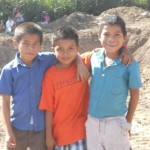 My family consisted of my parents, my three sisters, my sister-in-law and her young son. Growing up in a big family back in Canada, I was used to the hustle and bustle of a full house, and so living with that many people made me feel right at home. The first few days living in the house were difficult. I was homesick at night, and I was never really sure what to do around the house, or whether to offer to help with the chores. By the third day, however, I had really settled in. I had unpacked my clothes, I did my own laundry, and I washed my own dishes. I really felt like a member of the family.

Because the people in the village were so happy and content, it made me forget that they were poor, at least monetarily. I had expected the villagers to be miserable because of their poverty, but what I found was the exact opposite. They were some of the happiest people I have ever met. 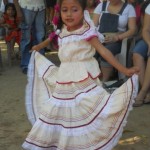 For me, I think one of the defining moments of the trip was watching my little nephew play with his toys. It seems insignificant, but it really had an impact on me. Every toy he owned could fit in a bag the size of a small backpack, and every last one was broken and falling apart. It seemed impossible to me that any kid could have fun playing with those old things, but as I watched him play, I could tell that he was having the time of his life. Not a week before, I had been watching my own younger brother open up the newest and most expensive toys for Christmas, most of which he’ll grow tired of by New Year’s. That little boy had more fun playing with his few, broken toys than I had ever seem a kid have back in Canada. It’s a foreign concept for most of us in the developed world; we all think we need all the newest gadgets and toys, but maybe it’s not what we have that makes us happy, but who we are and the way we look at life. If there is anything that the people of Los Jobitos taught me, it’s that being poor doesn’t necessarily mean being unhappy, and having everything in the world doesn’t guarantee you happiness. 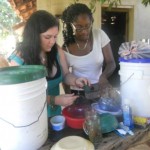 Coming back to Canada, I feel like a completely different person. Everything that I thought defined me seems to have been altered completely. The things I experienced, the people I met, and the trip in and of itself have changed me forever, and I hope to take what I’ve learned and put it towards making the world a better place for everyone.

I would like to take this time to express my appreciation for the generosity of the Vanier Foundation. You have given me the experience of a lifetime, and I will never forget the time I spend in Nicaragua. 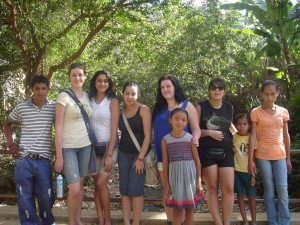